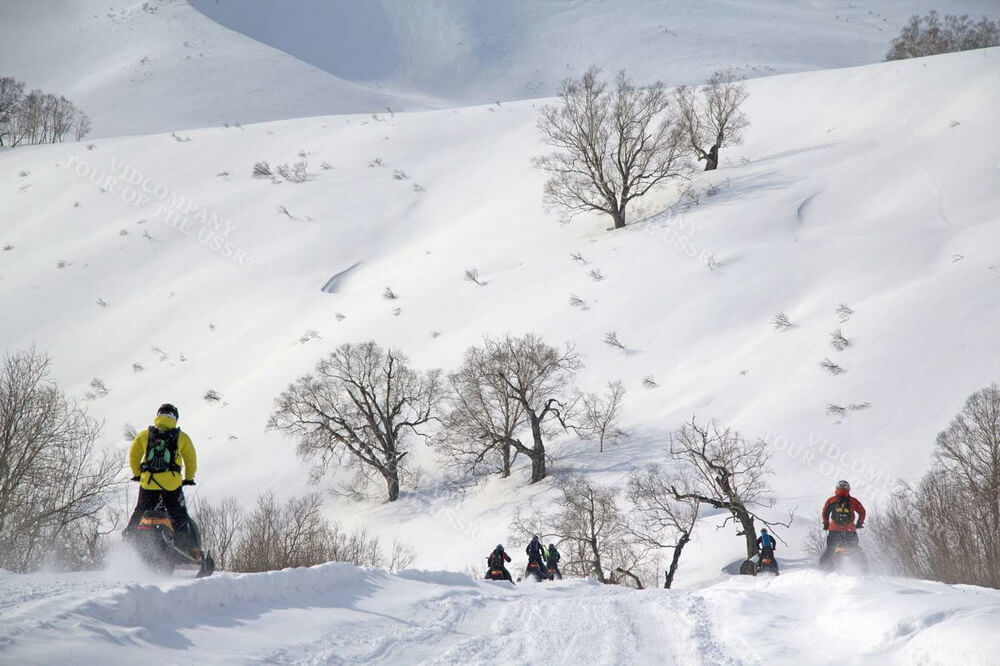 Snowmobiling is a unique opportunity to admire the picturesque panorama of snow-covered bays, bays and pristine Kamchatka’s beauty.

Freedom of movement and speed allow you to get acquainted with the remote and inaccessible places of the region.

We provide you with the opportunity to drive a snowmobile across the snow-capped mountains and plains of Kamchatka:

to the coast of the Pacific Ocean, Three Brothers rocks

The Three Brothers are massive - rocks guarding the entrance to Avachinskaya Bay and being a symbol of the city of Petropavlovsk-Kamchatsky. 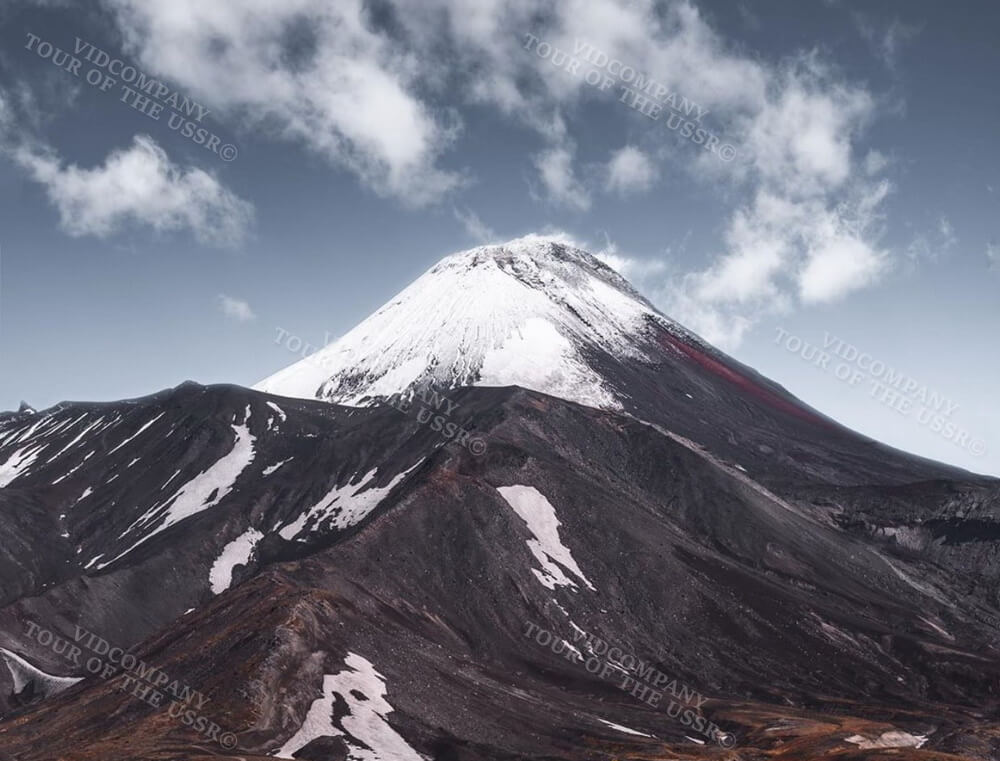 A tour to Avachinsky volcano is an excellent opportunity to enjoy the views of "home volcanoes", the volcano itself will impress you with its snow-covered smooth, flat slopes.

Camel Mountain -- is a small rock mass with two sharp peaks located on the pass between the two volcanoes Avachinsky and Koryaksky. Extrusion Camel was formed 5-15 thousand years ago and is a natural monument.

Natural park "Nalychevo", in the valley there is a large number of hot springs with healing properties. 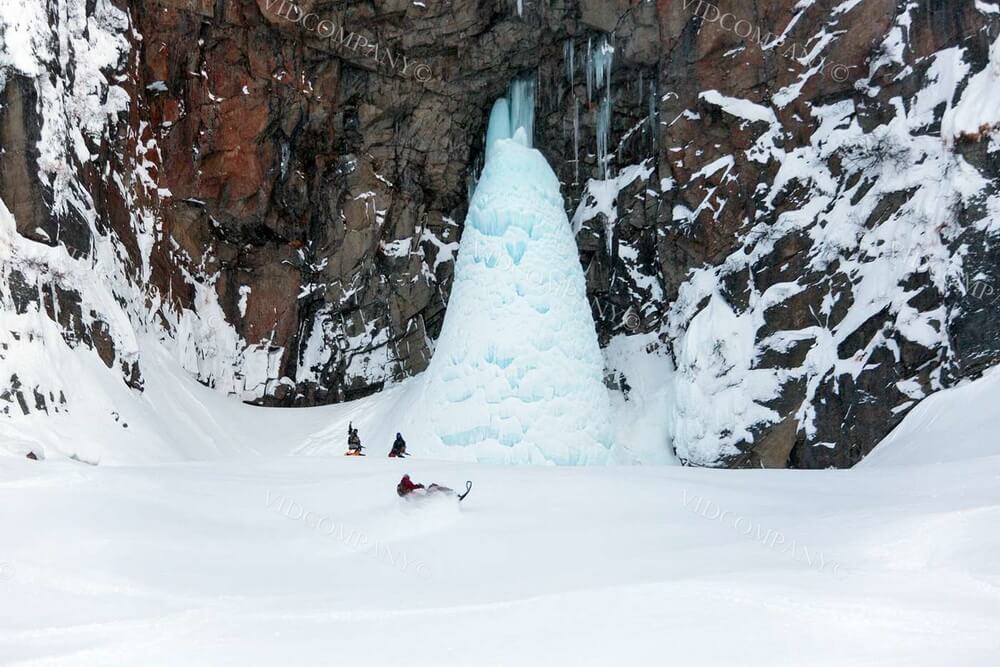 Karymshinskie thermal hot springs located in the picturesque valley of the Karymshina river, the springs are located in the center of the caldera of an ancient extinct volcano, have a therapeutic and prophylactic value.

into the crater of the active volcano Mutnovsky

Mutnovsky volcano - one of the most beautiful volcanoes in Kamchatka consists of several merged cones cut by explosions with smoking fumaroles, seething mud pots and acidic ones, all this resembles a space landscape.

Heli-skiing is a kind of freeride, the most extreme and spectacular. Helicopter delivery to the skiing spots, which gives unlimited freedom of movement along the untouched snow slopes of Kamchatka, distant peaks and long descents. 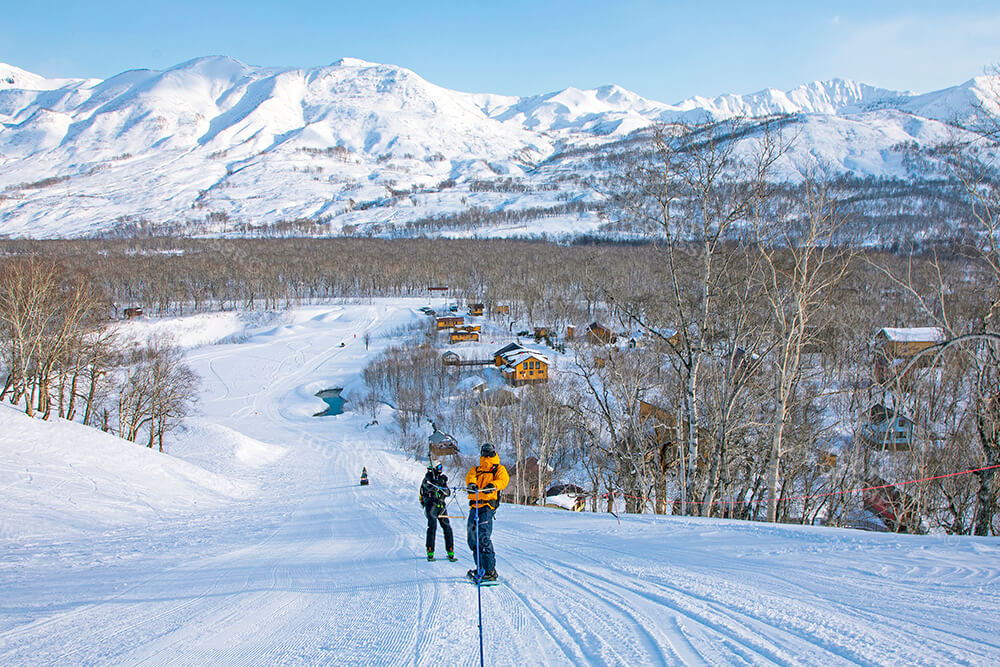 Skiing on prepared tracks within resorts and special bases.

The "Moroznaya" ski base is the most popular and comfortable ski resort in Kamchatka.

It is certified to host international alpine skiing competitions. Moroznaya offers a beautiful view of the Koryaksky, Avachinsky and Kozelsky volcanoes.

"Krasnaya Sopka" is a ski resort with a high slope, from which a wonderful panorama opens up over the whole of Petropavlovsk-Kamchatsky, as well as over Avachinskaya Bay and volcanoes.

On the ski base: 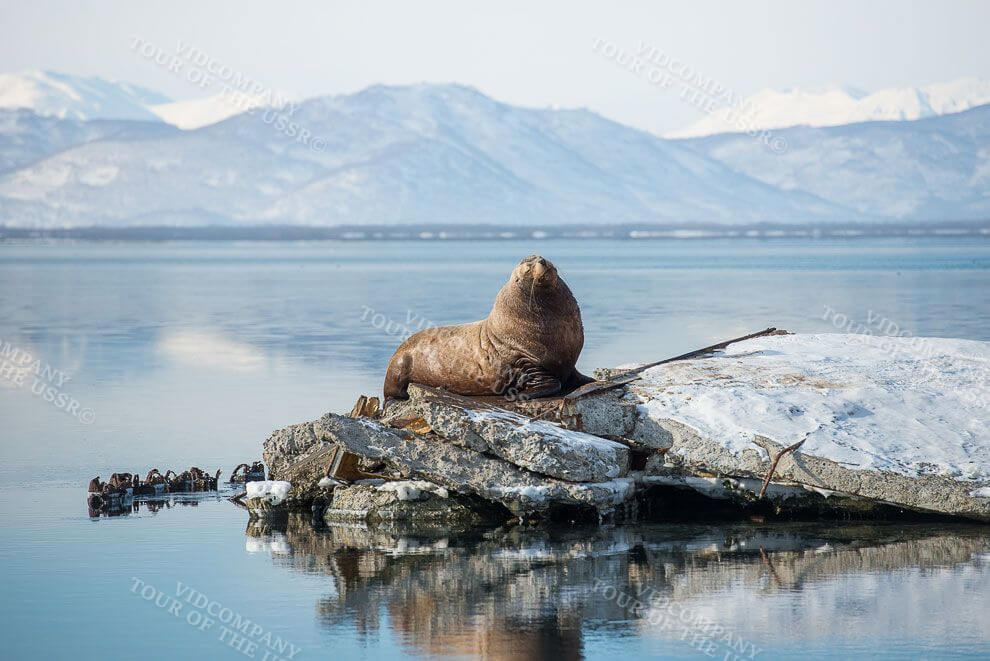 From December to April, Kamchatka is the time of extreme sports, which can be equated with winter fishing. Rivers, lakes and sea bays are covered with a thick layer of ice, and frost-resistant fishermen go fishing. The most popular places are lakes Kalagir, Dalnee, Kronotskoe, Nachikinskoe and Nalychevo, the rivers Avacha, Bystraya, Opala, Khlamovitka, Shirokaya and Avachinskaya bay.

In winter, char, mykizha, grayling, smelt, flounder, navaga and Pacific herring bite perfectly. And the most coveted trophy is Molokan, a rare freshwater subspecies of coho salmon. Outwardly, it looks like a large mountain char, but its pink meat is much tastier.

View the embedded image gallery online at:
https://sumvall.com/index.php/en/tours/winter-kamchatka#sigProIdc187c23c04
×
×
Leave a request in a way convenient for you!
Text in Instagram Text in WhatsАрр Call us Book
Book
×
×